Enjoying a strong national and international growth for 5 years, ECA Group recently acquired a plot of 13,400 m2 near its premises in La Garde, France. This acquisition of several million euros supports the modernization of its industrial tool initiated 3 years ago, which includes its new sites in Montpellier, France and Ostend, Belgium.

Installed since 1975, ECA Group’s site in La Garde is the Group's historical location. A pioneer in its field, ECA Group contributes to writing the history of robotics with exceptional robots, including the PAP, a robot for detecting and destroying underwater mines, and the Epaulard, the first autonomous underwater robot for deep-sea observation.

More recently in 2020, ECA Group delivered to Ifremer the first AUV capable of exploring the seabed up to 6000 meters deep, UlyX, a real technological breakthrough.

The main activity of the ECA Group’s site in La Garde is the development and manufacture of drone systems, software and autonomous robots. From coastal missions to deep offshore missions, these solutions contribute to tackling mine warfare, improved knowledge of the oceans, protecting maritime infrastructure critical to national sovereignty, rapid environmental assessment, search & rescue operations, and intelligence, surveillance and recognition operations.

With this acquisition, ECA Group doubles the surface area of its La Garde site, creating new spaces dedicated to R&D activities, optimized working conditions for its employees and a performant future industrial tool that meets the standards of its most demanding customers. 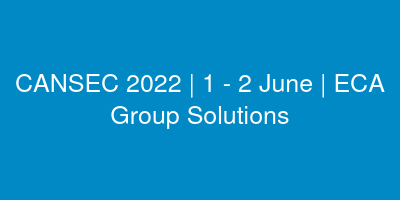 Meet ECA Group at DSA, in Kuala Lumpur to discover its solutions for all operational...

Meet ECA Group team during the Forum trium to present its activities in the defence sector and...